Killing Weeds with the Power of Steam | Weedtechnics

Can the power of steam help win the battle against weeds and become the best weed control technology?

The use of herbicides and manual hand-picking of weeds are a thing of the past as Satusteam™, a saturated steam technology, sneaks into Canada through its licensed distributor Steam ’N’ Weeds.

A chemical-free weed control technology, Satusteam™ aims to stop the use of herbicides and leave behind residues that may be absorbed by the body and may cease the life of the soil.

A farmer’s weapon in weed control

Margo Reeve, a farmer, and a mother jumped at the chance of meeting Satusteam™ distributor Steam N’ Weeds because she doesn’t want to use herbicides or chemicals for weed control.

“The more you fertilize, the more the weeds just love that,” said Reeve. 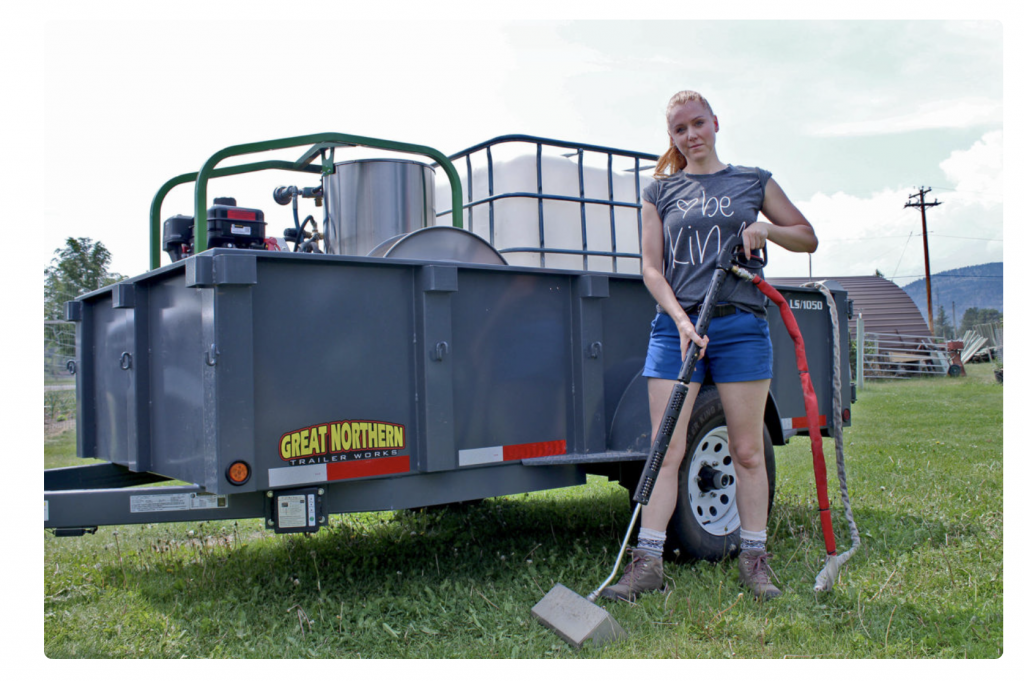 Kalene Reeve stands in front of her weed steaming machine that was she purchased from Steam ‘N’ Weeds, the Canadian distributor for Weedtechnics. The specially-developed technology uses saturated team and patented interchangeable hose heads to effectively kill weeds without harming other plants. The process uses only water and is meant to be less harmful than herbicides and pesticides.

Reeve’s daughter Kalene decided to own one of those weed control machines to start her own business Steam Out Weeds, which her mother Margo can utilise, too.

According to Kalene, the weed control technology turns water into steam, hits the weed, and bursts all of the chlorophyll cells causing the weeds to wither away and die. The weed control machine also comes with different head attachments for various uses.

Expanding the power of steam for weed control

Kalene operates Steam Out Weeds out of her home city Victoria, and she now offers her weed control services to residents in the South Okanagan. The weed control business has just started but Margo’s daughter envisions it to be used as a weed control system in public properties.

Although some weeds grow back after three weeks, Kaelene explains that Satusteam™ prevents the weed from developing seeds. The weed control technology targets the root structure preventing it from spreading and coming back.

“We’ll always have weeds, but you can keep them controlled and then each year you’ll have less,” said Kalene.