Can You Steam Away Your Weed Problems - Saturated Steam Weed Killer

Australia’s steam machine solution for weed problems can also be used to clean and sanitize equipment and facilities.

Weedtechnics, a weed control machines manufacturing company, has developed saturated steam generators known as Satusteam™ to efficiently kill weeds with steam. These machines don’t only sanitise but also ensure that it leaves no residuals to harm the soil and other living organisms.

Dan Dow, Director of Weedtechnics’ Canadian distributor Steam ‘N’ Weeds, said he has been working with weed control solution Satusteam™ inventor Jeremy Winer for the past year and a half and ‘are doing local contracting, as well as selling wand and multi-row units’.

The Shift to Chemical-Free Solution for your Weed Problems

After his family got sick due to glyphosate, Dows considered turning to steam-powered weed control for organic food production. According to Dow, Satusteam™ does not only eliminate the need for herbicides but also cooks weeds on contact and is safe for trees and shrubs. 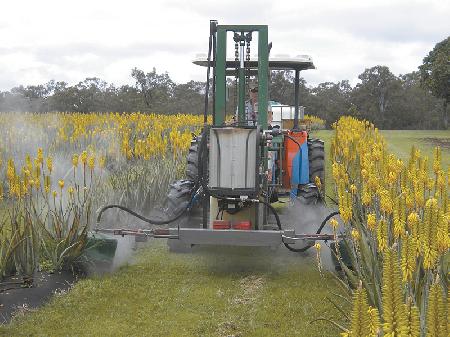 “Our weed control solution targets vegetation without affecting the surfaces or penetrating more than about 1/4-in. of soil. The effective weed control highly depends on the type of weed and stage of growth,” said Dows.

Given the positive impacts of the weed control solution Satusteam™ on the environment and on human health, the Weedtechnics team is inspired to come up with various versions of weed control machines.

Dows said “We will soon be introducing the SW2100 weed control,” says Dow. “It is the first weed control unit designed for use in commercial farm fields. It has an output of 40 GPM, which can supply up to 8 Rowtech heads.”

Currently, the company also offers the SW700, a compact weed control machine designed for killing weeds in confined areas. It is equipped with a hand applicator wand with a spread of up to 19 in. or a 12 or 24-in. closed head for the wand.

It also has the SW800 weed control that can be trailer-mounted or skid-mounted or used with a 3-pt. hitch. It can be equipped with the hand applicator or with one of their Rowtech applicator heads.