In a study conducted by the UC Weed Science group funded by the California Department of Pesticide Regulation, the Weedtechnics’ Satusteam™ weed control machine results have been promising.

According to the group, the saturated steam machine is not a drop-in solution but is best for those who want to use organic or similar contact herbicides which can be safe for children and high foot traffic areas. 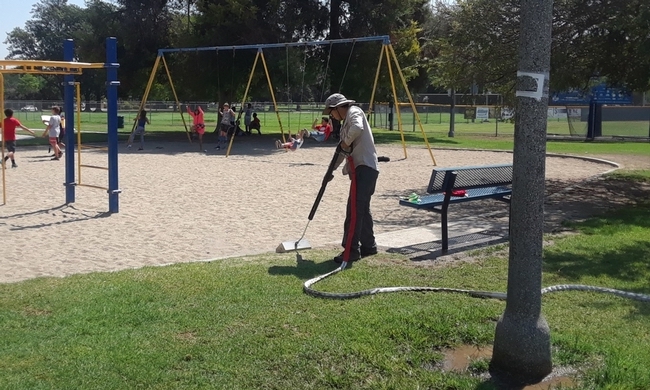 The site underwent two treatments, one week apart, and was treated again every time the weed cover reaches 30%. Weeds at the site included annuals such as spotted spurge, goosegrass, and common knotweed, and perennials kikuyugrass and bermudagrass.

After six months of treatment, the UC Weed Science group has listed its observations and findings. The saturated steam machine was a bit difficult to move around but can be safe to use even in the presence of children. According to the group, Weedtechnics’ Satusteam™ results could be a money or labor saver in the long run if used in the right places.