“Action without vision is just passing the time.

Vision without action is just a dream.

Vision with Action can change the world.“

Joel Barker believes that a vision with action can change the world and one man envisioned a world that’s free from the hazards brought about by herbicides. Satusteam™ weed control is a vision put into action for the world that is about to shift its paradigm towards sustainability and maintaining soil fertility.

Herbicides have been used for a very long time to inhibit the growth of weeds and other unwanted plants. The use of chemicals in controlling weeds started in the late 1920s. This drastically replaced traditional modes of weed control like the use of steam. For over a hundred years, the demand for herbicides increased due to ease of application and low labor costs.

But, do the advantages of using herbicides outweigh the importance of protecting human health and upholding environmental sustainability? How can one man’s dream to combat the harmful effects of herbicides on the global stage dramatically lead the world into a paradigm shift in weed control? Read on, to find out more about our story.

Herbicides took a revolutionary turn after a whole range of chemicals were used for different types of weeds. The most prominent chemical over the last 40 years is glyphosate which was initially adopted in the 1970s.

Glyphosate was non-selective and was effective on all types of vegetation. Glyphosate was heavily marketed as only damaging to plants and had no residual effect on the soil. Promotional concepts for glyphosate claim it will not contaminate waterways and will not pose risks to human health.

However, according to the Founder, Managing Director, and CEO of Weedtechnics, Jeremy Winer, all the advertised selling points of herbicides, particularly glyphosate, were false.

“Manufacturers of herbicides assumed it was never going to be harmful to other living organisms apart from the weeds. Mammals have gut flora that is affected by glyphosate. If this happens, it disrupts our immune system and the body’s ability to filter out toxins,” says Jeremy.

He added that because of the use of glyphosate so heavily over so many years in repeated applications, it became a part of our food system. It’s now found in a lot of human beings. The herbicide has also been linked to several Western dietary-related diseases like diabetes, obesity, cancer, and autism.

According to a report, there is a weed killer used in Australia[1] that’s so toxic that it could harm human beings with just one sip. Paraquat has been the subject of study by the Australian Pesticides and Veterinary Medicines Authority for two decades. While there are no final results released yet, some medical and environmental scientists believe that the chemical should be banned. 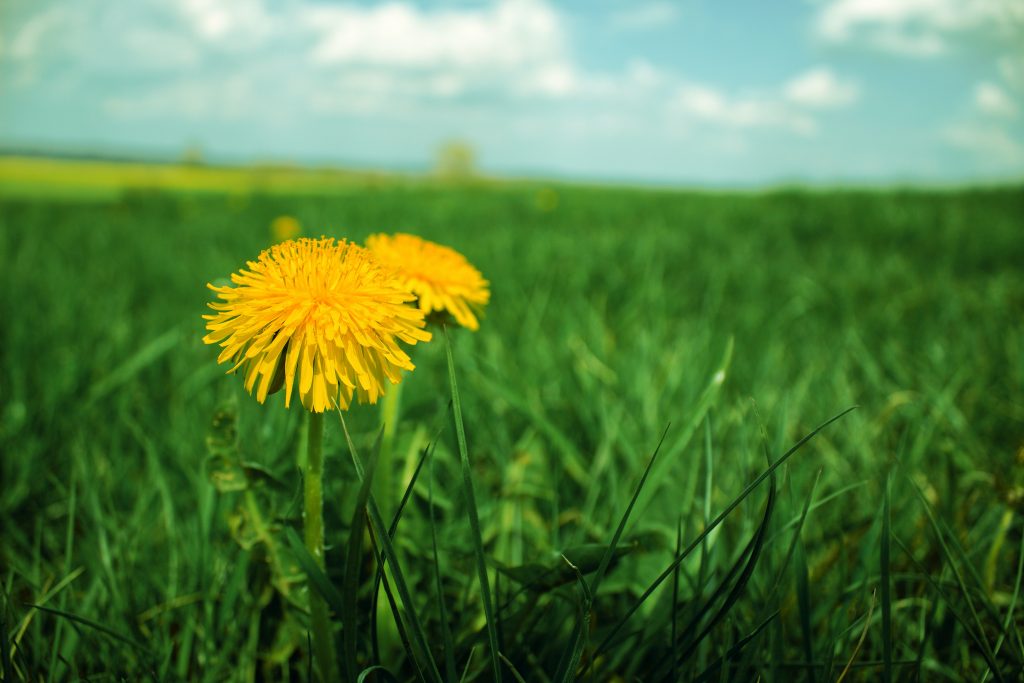 Satusteam™: Moving Away from Chemical Herbicides

Jeremy used to promote organic processes in landscaping and urban landscapes for over 30 years. in the 1990s, he was trying to create something that would kill weeds using steam. His passion to move away from chemical herbicides led him to create the Satusteam™ weed control systems.

“We can’t ignore the science behind building life in soils. Organic weed control builds soil life, chemical weed control diminishes it. Constantly choosing toxins because they are lower cost than labour is having a devastating impact on soil health and costing jobs. Labor is one of our most ubiquitous resources we have and we have an opportunity to create gardening and farming jobs and build soil health. We need a solution that will give us a balance between labor, inputs, and productivity. Satusteam™ will help us manage vegetation in a way that doesn’t kill all life in the soil or have health implications for operators.”

Satusteam™ is a conscious choice to help reduce the widespread use of toxic chemical weed killers like glyphosate, simazine, 2.4 D amine, and trifluralin. Weedtechnics’ Satusteam™ weed control technology is a unique combination of boiling water and saturated steam that cooks weeds instantly.

Jeremy said that there has to be a realisation to stop putting chemicals on the ground. Trying to control vegetation by killing it with toxins damages ecosystems. Weed control can be mechanical or thermal. These are two sorts of weed control processes that can keep happening which have the potential for building soil life and making weed control more sustainable.

Mateus is satusteaming weeds here. He is using an SW900, set on a Council Trailer.

Why Use Saturated Steam Weed Control?

Satusteam™ is driving a fundamental change in the way people can take care of their landscapes. Leaders, including horticulturists, contractors, and those that manage councils and businesses should think holistically about their responsibility to build life in the soils they manage alongside aesthetics.

Jeremy took the opportunity to deliver non-chemical weed control through the use of saturated steam machines that initiated the shift.

“We just cannot keep putting toxins on the ground to control vegetation Toxins distort the natural processes that have the potential to build soil life.  Chemically treated soils have lower carbon, lower organic matter, retain less moisture and the structure deteriorates with time.  The tendency of chemically treated soils for them to turn to dirt, organic methods have the opposite effect and can dirt into soils”

According to Dr. Cheryl Wilen from UC IPM,  Satusteam™ from Weedtechnics is a viable machine[2] for a few reasons. She said one does not have to worry about the timing when using these weed control machines.

When presenting to Californian weed control contractors, she said“You don’t really have to worry about the timing of it. You can’t say, “Oh, I got to do this before 6 AM before people start playing or anything like that because I don’t want exposure.” It’s like you can do this any time of the day. It’s not an issue,” said Dr. Wilen.

Organic food is easier to grow with a Satusteam™ weed control system by your side!
Photo Courtesy

Conserving the fertility of the soil is one of the biggest challenges[3] we as a human race face and at the same time one of the easiest opportunities for sequestering carbon from the atmosphere in our move towards negative emissions. As advocates of non-chemical weed control solutions, like Winer, continue to pursue their visions, there is a big chance that all of us can take up and overcome the challenge of feeding the world with healthy, organic food and creating landscapes everywhere that abound with life in a regenerating world.

[1] ‘One sip can kill’: why a highly toxic herbicide should be banned in Australia (The Conversation, 2021)

[3] Providing Food: The answer lies in the soil. (openspacesgovernment.org, 2021)

Diana is a staff writer at Weedtechnics who loves to write about innovation, science, technology, finance, and nature. She believes that life either begins at 40 or with a cup of freshly brewed coffee.